Welcome to Keighley Year of Safety

The Children’s Year of Safety was launched in the Braithwaite and Guardhouse area in September 2017.  It is supported by a range of statutory and local and voluntary organisations including three locals schools, churches and children’s centres, the Council and police, with additional support from commercial partners. It focuses on a number of ways parents can support their local school and keep their children safe.

A pioneering campaign to help keep Keighley children safe is making a big difference to the number of children who miss school.

The Children’s Year of Safety was launched in the Braithwaite and Guardhouse area in September. It is supported by a range of statutory and local and voluntary organisations including three locals schools, churches and children’s centres, the Council and police, with additional support from commercial partners. It focuses on a number of ways parents can support their local school and keep their children safe.

The themes for the autumn term have been Come to School Every Day and On Time and After Eight is Way too Late. The themes stress the importance of attendance and getting sleep so that children can get up on time and be alert during the day.

The campaign has been led by three schools in the area – Merlin Top Academy, Our Lady of Victories RC Primary School and Laycock Primary School. A united message from the schools about keeping up attendance went to parents and children through their newsletters, websites and assemblies , and on a special banner displayed outside each school.

A range of activities have encouraged families to get primary aged children to bed by 8pm for a good night’s sleep so they can have a better day at school. Schools have been undertaking activities to get children thinking about when is a good time to go to bed, and the benefits of sleep.

At Merlin Top Academy, children did a whole week’s activity on bedtime, including storytelling, telling the time, and had a bed “installation” in the school entrance. Materials to support the activities were kindly provided by Damart. The bed was then raffled-off among parents as a way of engaging families. As a result, attendance at Merlin Top Academy has gone up compared to the same period last year, and unauthorised absences have halved.

Lesley Heathcote, headteacher at Merlin Top Academy, said: “Children and families have really embraced the theme of Come to School Every Day and On Time. We’ve seen a dramatic improvement in attendance which has gone up from 95.15% to 96.88% while persistent absence has fallen from 17.87% to 9.35%.”

Paul Booth, head of school at Our Lady of Victories RC Primary School, said: “The campaign is having a great effect on our attendance, it is currently 96.9% and this up on last years at this point.”

Nicki Higgins, headteacher at Laycock Primary School, said: “This is a really imaginative way of engaging children and families on the importance of sleep and not missing school. Our attendance has gone from 95.7” to 96.73% and persistent absence has fallen from 16.5% to 10.2% which is brilliant news!”

Coun Adrian Farley, said: “The campaign is a great way of engaging families and children in doing simple things that will make a big difference to children’s safety and to how well they do at school. We’re delighted that the campaign is making a real difference to school attendance.” 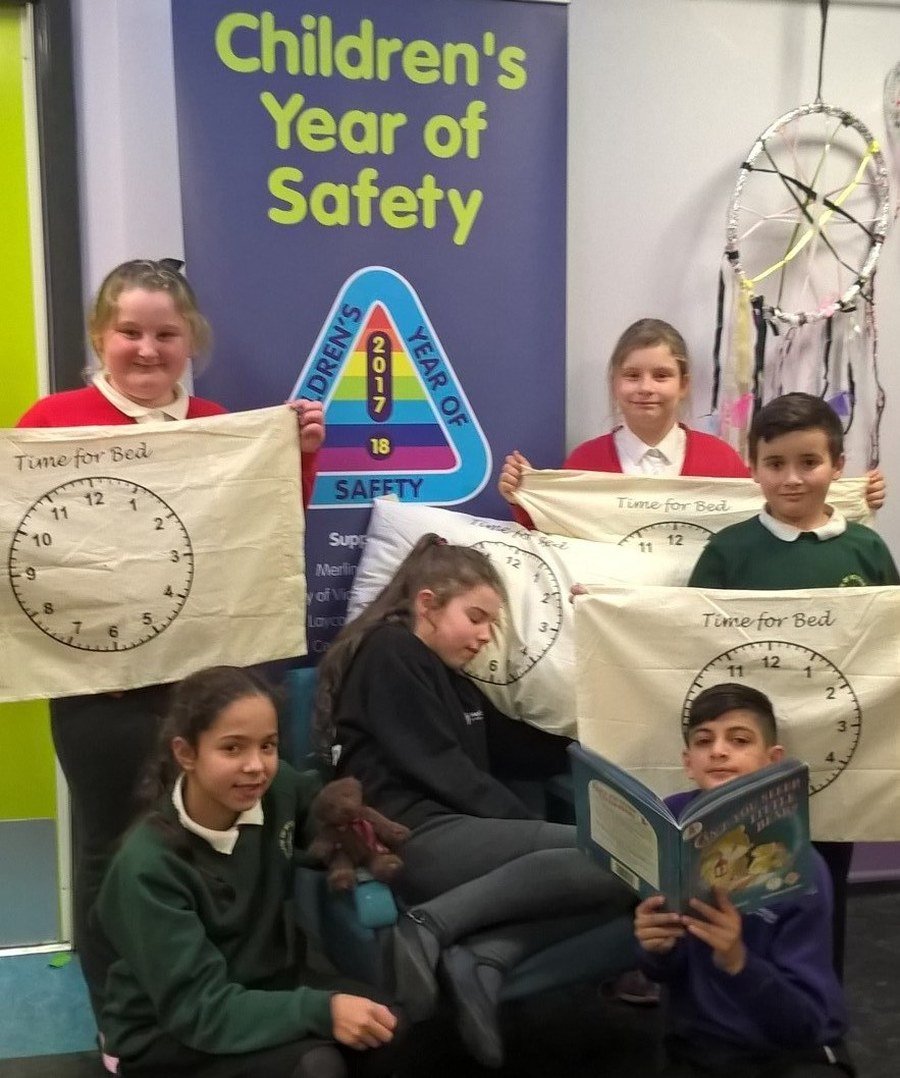 Quiz gets parents thinking about safety

Parents, grandparents and residents in Braithwaite and Guardhouse are being quizzed on their knowledge of safety issues as part of a campaign in the area, the Children’s Year of Safety.

The campaign, which was recently launched, aims to make sure everyone in the area knows the best ways of keeping children and young people safe, by raising awareness of six key steps over the next year.

The quiz covers online safety, school attendance, road safety and general welfare, and correct entries are being entered into a prize draw.

Partners in Braithwaite and Guardhouse including schools, Rainbow Children’s Centre, churches and voluntary groups are being asked to encourage as many people as possible to do the quiz during Safeguarding Week, which begins on October 9.

The first of the six steps to be covered by the campaign is “Come to school every day, and on time!”, and this half term, the schools serving the area have used a giant banner outside their buildings to get the message across.

The schools are Merlin Top Academy, Our Lady of Victories RC Primary School and Laycock Primary School. They have also supported the campaign by sending out information to parents, on newsletters, website, discussions at coffee mornings and also creating displays and incorporating messages into assemblies.

Cllr Adrian Farley has worked closely with the schools to develop the campaign.

He said : “When children come to school every day they are getting the best opportunity to fulfil their potential in life, and they are also in a place where we know they can be safe

I am so pleased that three schools in my ward came together with the Council and other partners to establish such a worthwhile project. Safeguarding is not one person’s responsibility – it is the responsibility of everyone and the Children’s Year of Safety will focus on a number of themes throughout the next year to make everyone aware.

I am really looking forward to working with partners over the coming months. I hope the Children’s Year of Safety is an overwhelming success and we can develop the project to include all schools in Keighley West Ward and perhaps further afield in the future. This has to be a long term commitment.”

Next half term the focus of the campaign will be on children getting enough sleep to allow them to have a good day at school.